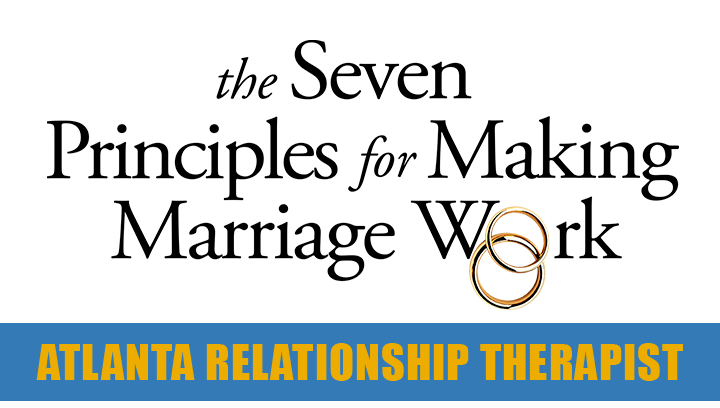 is the culmination of Dr. Gottman’s lifelong work: an overview of the concepts, behaviors and skills that guide couples on the path toward a harmonious and long-lasting relationship.  Straightforward in its approach, yet profound in its effect, the principles outlined in this book teach partners new and startling strategies for making their marriage work.

Dr. Gottman has scientifically analyzed the habits of married couples and established a method of correcting the behavior that puts thousands of marriages on the rocks. He helps couples focus on each other, on paying attention to the small day-to-day moments that, strung together, make up the heart and soul of any relationship.

Packed with questionnaires and exercises whose effectiveness has been proven in Dr. Gottman’s workshops, this is the definitive guide for anyone who wants their relationship to attain its highest potential.

“Gottman comes to this endeavor with the best of qualifications: he’s got the spirit of a scientist and the soul of a romantic.” — Newsweek

Just as Masters and Johnson were pioneers in the study of human sexuality, so Dr. John Gottman has revolutionized the study of marriage. As a professor of psychology at the University of Washington and the founder and director of the Seattle Marital and Family Institute, he studied the habits of married couples in unprecedented detail over the course of nearly four decades. His findings, and his heavily attended workshops, have already turned around thousands of faltering marriages. 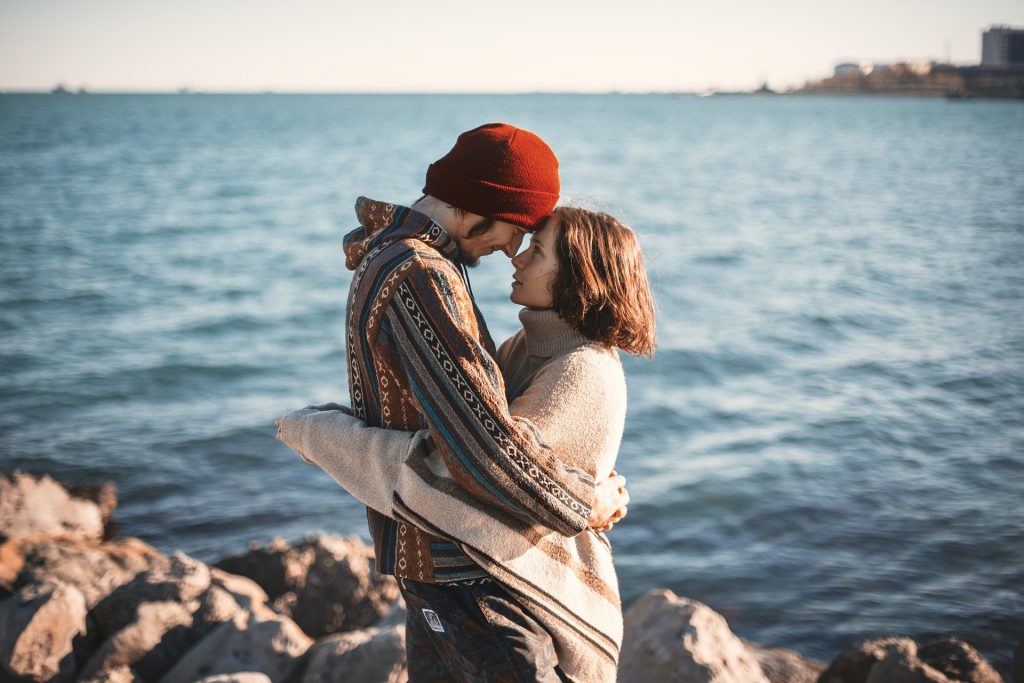 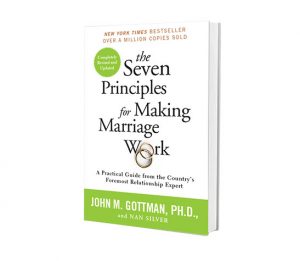 Gottman’s principles are research-based. He and his colleagues have studied hundreds of couples (including newlyweds and long-term couples); interviewed couples and videotaped their interactions; even measured their stress levels by checking their heart rate, sweat flow, blood pressure and immune function; and followed couples annually to see how their relationships have fared.

He’s also found that nine months after attending his workshops, 640 couples had relapse rates of 20 percent, while standard marital therapy has a relapse rate of 30 to 50 percent. In the beginning of these workshops, 27 percent of couples were at high risk for divorce. Three months later, 6.7 percent were at risk. Six months later, it was 0 percent. (Here’s more on his research.)

Below are his seven principles along with a few relationship-strengthening activities to try.

1. “Enhance your love maps.” Love is in the details. That is, happy couples are very much familiar with their partner’s world. According to Gottman, these couples have “a richly detailed love map — my term for that part of your brain where you store all the relevant information about your partner’s life.” You know everything from your partner’s favorite movies to what’s currently stressing them out to some of their life dreams, and they know yours.

Gottman includes a helpful activity to remind couples of the partner they fell in love with called “I appreciate.” He suggests readers list three or more of their partner’s positive characteristics along with an incident that illustrates each quality. Then read your lists to each other.

3. “Turn toward each other instead of away.” Romance isn’t a Caribbean cruise, an expensive meal or a lavish gift. Rather, romance lives and thrives in the everyday, little things. According to Gottman, “[Real-life romance] is kept alive each time you let your spouse know he or she is valued during the grind of everyday life.”

For instance, romance is leaving an encouraging voicemail for your spouse when you know he’s having a bad day, Gottman says. Or romance is running late but taking a few minutes to listen to your wife’s bad dream and saying that you’ll discuss it later (instead of saying “I don’t have time”).

Gottman acknowledges that this might seem humdrum, but turning toward each other in these ways is the basis for connection and passion. Couples that turn toward each other have more in their “emotional bank account.” Gottman says that this account distinguishes happy marriages from miserable ones. Happy couples have more goodwill and positivity stored in their bank accounts, so when rough times hit, their emotional savings cushion conflicts and stressors.

5. “Solve your solvable problems.” Gottman says that there are two types of marital problems: conflicts that can be resolved and perpetual problems that can’t. It’s important for couples to determine which ones are which.

Sometimes, though, telling the difference can be tricky. According to Gottman, “One way to identify solvable problems is that they seem less painful, gut-wrenching, or intense than perpetual, gridlocked ones.” Solvable problems are situational, and there’s no underlying conflict.

Gottman devised a five-step model for resolving these conflicts:

6. “Overcome gridlock.” Gottman says that the goal with perpetual problems is for couples to “move from gridlock to dialogue.” What usually underlies gridlock is unfulfilled dreams. “Gridlock is a sign that you have dreams for your life that aren’t being addressed or respected by each other,” Gottman writes. Happy couples believe in the importance of helping each other realize their dreams.

So the first step in overcoming gridlock is to determine the dream or dreams that are causing your conflict. The next steps include talking to each other about your dreams, taking a break (since some of these talks can get stressful) and making peace with the problem.

“The goal is to ‘declaw’ the issue, to try to remove the hurt so the problem stops being a source of great pain,” Gottman writes.

7. “Create shared meaning.” “Marriage isn’t just about raising kids, splitting chores, and making love. It can also have a spiritual dimension that has to do with creating an inner life together — a culture rich with rituals, and an appreciation for your roles and goals that link you, that lead you to understand what it means to be a part of the family you have become,” Gottman says.

And that’s what it means to develop shared meaning. Happy couples create a family culture that includes both of their dreams. In being open to each other’s perspectives and opinions, happy couples naturally come together.

You can learn more about John Gottman, his research and work at The Gottman Institute.

Inquire about our Seven Principles Couple Course For Savings Over Individual Session Fee.